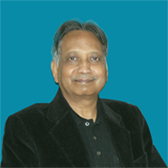 While science is growing rapidly, the superstition and pathological belief in religion is also rising in direct proportion.

On changing over from a controlled economy to free economy, futurist Alvin Toffler, in his book’ Future Shock’ had forecast a gradual change in human and social behaviour in the form of death of permanence, death of reliability and the demise of bureaucracy. Is it possible that what Toffler wrote could finally be coming true? If at all it is happening, then the transformation of his vision into reality is turning out to be much quicker and larger than one would have imagined.

Science is on the verge of producing human clones and robots with human-like intelligence. Developments in stem cell and genetic research are all set to produce miracle cures — man’s effort to reach a God-like status. Paradoxically, global warming is causing untimely hailstorms in deserts and increasing temperatures in temperate zones. India and China are competing as economic giants, while the United States (US) is facing deep recession. A new breed of virus — commercialism — has crept into society polluting everyone’s mind. Greed has become an essential in business. Heroes like Mahatma Gandhi and Lal Bahadur Shastri have been replaced by Bachchans, Khans and Mallika Sherawats.

Curiously and significantly, the commercial lust has not even spared religious faith.

The Toffler Theory becomes even more intriguing and impressive when you find gods and deities being used as temple industries. There is a clear spurt in the number of large temples of different sects mushrooming across the length and breadth of our country. The Income Tax Department, too, has accepted them as income generating sources by issuing notices. There is also self-allotment of land by many such bodies, and the public at large provides donations, allowing them to grow.

Despite the economic exploitation, Janta gains a spiritual pleasure from donating and thus becomes the “advertising agency” for this “innovative” industry.

In this era of globalisation, devotees have come to adopt the role of stock market players, reshuffling portfolios of deities to garner maximum benefits. An observation of this “market” trend shows that established Gods and deities like Rama, Krishna and Durga, who had a huge following, are slowly being overtaken by Ganesha, Hanuman and Shani.

In a material world, Ganesha is the obvious choice among worshippers seeking prosperity. At the same time, one needs a powerful and courageous friend, and who better than the Monkey God to protect worshippers from unscrupulous elements grabbing their assets. Shani, the Saturn God, obviously needs to be pleased. One, therefore, finds, worshippers queuing to offer oil at Shani temples on Saturday while representatives of Shani can be seen collecting alms in lieu of “protection” at various traffic signals.

In our country, this trend continues as we believe that miracles are frequent and everyone has a chance to witness more than one.

Truly, the interface between the brain, the environment and the mind are moving towards the phenomena of escapism, a byproduct of globalisation.